Meg is a director, choreographer, instructor, designer, and performer of theatre, music, and dance. A passionate "life-long learner", she loves teaching and continuing self-growth. As both an artist and an educator, she remains active in many aspects and organizations in the performing arts. Meg is a singer, pianist, percussionist, dancer, and actor. Additionally, she is a designer for costuming, set dressing, and properties. She also serves as judge/adjudicator, consultant, and coach for competition, audition, and production development.

Meg's favorite artistic experiences include directing Zombies from the Beyond with BSTC, performing CONNIE in Good News with Director August W. Staub, performing BEBE in A Chorus Line with Director/Choreographer Linda Talcott-Lee, and an intimate Master Class with Tony-award winning Ann Reinking. She has gained the most, however, by sharing and growing her passions with her students. Meg is proud to share her work and life with her husband, Sean; daughter, Saoirse; and dog, Beau. 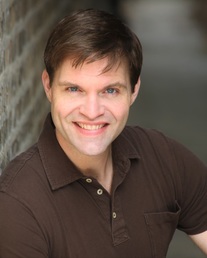 Sean is a performer, carpenter, stagehand, and instructor of theatre, music, and television. He hails from Ohio, where he earned a BA in theatre from The Ohio State University and performed and worked for Cleveland Public Theatre, Dobama Theatre, Great Lakes Theatre Festival, and Porthouse Theatre. He began working in Chicago in 2002 and has held various roles in the performing arts.

Sean’s television credits include: a recurring role in Chic﻿ago Fire and Chicago PD﻿ as BOMB SQUAD OFFICER (7 EPISODES, NBC/Dick Wolf Productions); Proven Innocent  as CARTER LEOPOLD (S1, E6 "Cinderhella Story", FOX); Crisis as CREEPY GUARD (8 EPISODES, opposite Dermot Mulroney, NBC); Empire (2 EPISODES, opposite Taraji P. Henson and Jussie Smollett, FOX); In An Instant as JIM KNAPP (S1, E3 "Grizzly Attack", ABC/Disney);  Boss as CHAPLAIN (S2, E2 "Through and Through", opposite Kelsey Grammer, STARZ); The Beast as ANTHONY (S1, E10 "Tilt", opposite Patrick Swayze and Travis Fimmel, A&E); and The Rosie Show as himself/FEATURED GUEST (opposite Rosie O’Donnell, OWN). He has also appeared in commercials for Bud Light, McDonald's, and the Kentucky Lottery. You can view a few of his on-screen credits here: https://www.youtube.com/channel/UCwuPkD1u42hwxhkUlGDeqeQ/.

Sean also enjoys working as a freelance residential and commercial carpenter, as well as an experienced stagehand in both theatre and television. In the entertainment industry, he has worked for: Harpo Studios, Inc. (The Oprah Winfrey Show, 2005-2010, Head of Stage Crew for 2 seasons, ABC; The Rosie Show, 2010-2011, OWN; Wanda Sykes' Herlarious, 2013, OWN; Oprah's Super Soul Sunday, Iyanla: Fix My Life, and Oprah's Life Class, 2013-14, OWN); Chicago Scenic Studios, Inc., IATSE Local #2 (2002-2020, carpenter, Rentals Manager for 3 seasons), Chicago Studio City, Stage Mechanics Union Local #676 (Betrayal on ABC  in 2013), and Cinespace Studios (Empire on FOX in 2014).  Sean was also an ensemble member with BackStage Theatre Company from 2004-2015, serving as an Actor, Master Carpenter, Scenic Designer, and Technical Supervisor.

Sean is a proud union member of the Actor’s Equity Association and Screen Actors Guild/American Federation of Television and Radio Artists.  He is represented exclusively by the Stewart Talent Agency.  Sean takes the most pride in having met and married SCSPA partner and best friend, Megan Sullivan.